Gerry reassures us - or maybe himself - that the PJ are not looking for a "murdered" Madeleine.

Jane Tanner claims that she left the Tapas bar and went to check on the children. She "might have seen Madeleine being abducted." But both Gerry McCann and the man he was chatting to, Jez Wilkins, claim to never have seen her on the narrow road leading up to the apartment.

"The interviewee [Jane Tanner] recalls that, around 9.10pm, Gerald McCann left the restaurant (3) to go to the apartment to see the children. Five minutes later the interviewee left, in her turn, to go to her own apartment to check on her children. She saw Gerald McCann talking to a British citizen named Jez. They got to know each other during the holiday and played tennis together. She went past them knowing that Gerald McCann had already checked the children in the apartment." [From Jane Tanner's Rogatory Interview]

So was she there, or was she not?

And who was actually carrying a "child"? Listen carefully to this video. 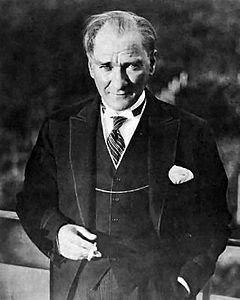 This blog is published from İçmeler, Turkey. Turkey is an independent republic straddling both Europe and Asia, governed by the Grand National Assembly of Turkey making the laws, which are then upheld by an independent judiciary.

The blog itself is kindly hosted by Blogger, originally founded by Pyra Labs in San Francisco, CA, and later bought out by Google, another American company registered in Mountain View, California. California is the most populous, and third largest, state in the USA.

But let us get back to Google. Google hosts all the blogs on various datacenters throughout the world. This particular blog just happens to be hosted on a server in a datacenter in Germany. The Federal Republic of Germany is an independent state within the EU.

Q: What do each of these countries have in common, apart from this particular blog?


A: They each have their own legal systems and jurisdiction. And none of them are bound by out-of-court settlements, or undertakings, made in the UK.

So I am afraid that sending threats to this blog, that Carter-Ruck are after it, simply cuts no ice here. This blog, and the contents, are staying put.
Posted by Let Amaral Speak! at 23:45