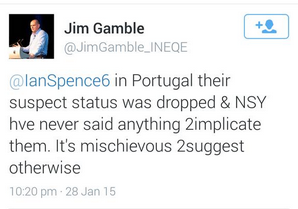 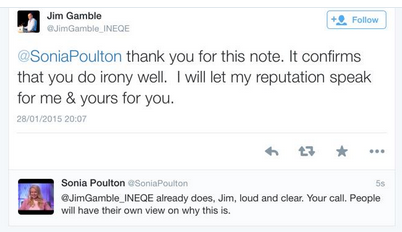 What A Difference A Day (or two) Makes 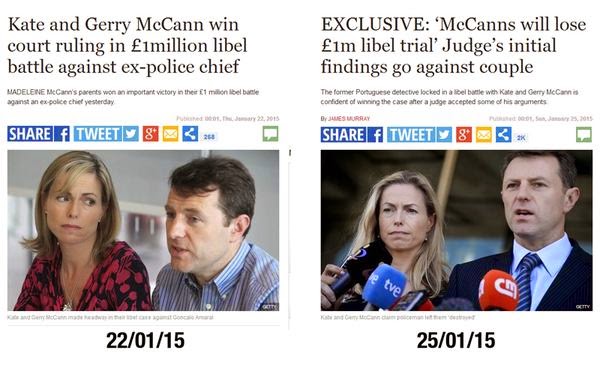 Reliable sources inform us that no reporters were present at the Judge's hearing in Lisbon last week.  It did not stop press agency Lusa from writing their "story", however.

"Kate and Gerry McCann win court ruling" - headline in the Daily Mail (and others), 22/01/15.  Clearly the reporter on this occasion must have been Mystic Meg, as the Judge's final ruling is not expected for some two months yet.

A couple of days later, several newspapers furiously backtracked, having discovered - no doubt to some embarrassment - that simply counting the words "proven" and "not proven" is not necessarily a reliable guide as to how this particular legal wind is blowing.

A number of amusing and colourful pie charts were produced by various parties, to help illustrate the Judge's findings, one of which (from the "Madeleine McCann Debate Group"), is reproduced below. 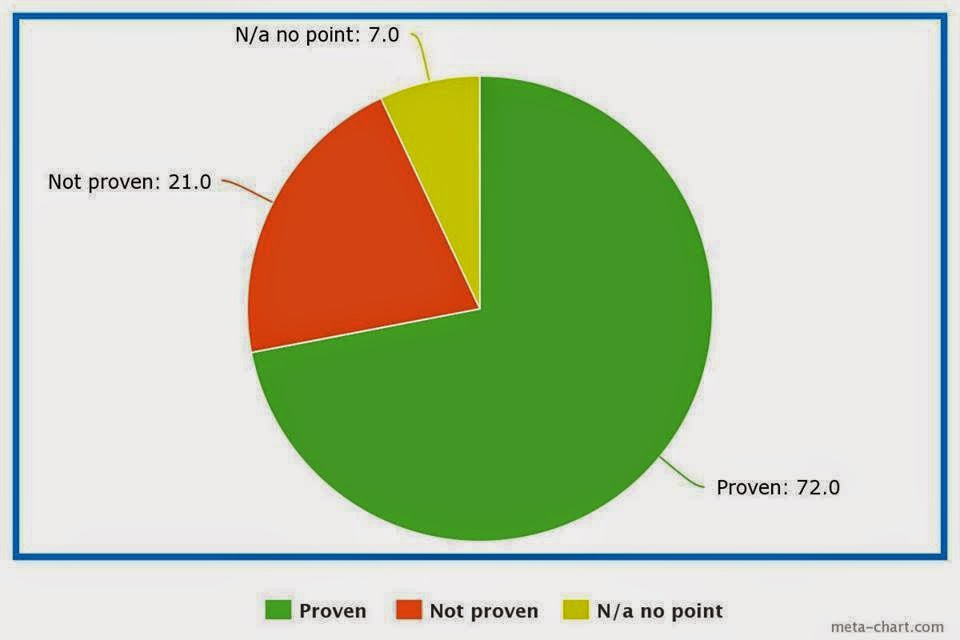 The purpose of a pie chart, of course, is to convey useful information in a visual format.  So for any persons who are incapable of counting the instances of the phrases "proven" and "not proven" in a given text, this would be an invaluable tool.  Perhaps Dr Gerry McCann could use this for one of his Powerpoint presentations.

In other news, the captain of the Costa Concordia - so professionally represented by one Clarence Mitchell, prospective parliamentary candidate for Brighton Pavilion -is facing 26 years behind bars.

Maria Navarro accuses Francesco Schettino of never apologising and saving own life ‘without even getting shoes wet’.  Clarence does seem to attract them.