Smoke and Mirrors - or Smoke and Fire?

This blog is called the Gaspar Statements, based on the statements that Drs Katerina and Arul Savio Gaspar gave to Leicestershire Police. The statements concerned suspicions that the Gaspars had regarding David Payne, one of the McCann's Tapas friends. These statements can be read here.

Dr Katerina Gaspar, in particular, was concerned that the behaviour of David Payne and Gerry McCann, together, may have indicated some paedophile activity taking place on a previous holiday. Now let me state plainly here, that as yet, no concrete proof of such activity has been made available. Dr Gaspar's statement is merely an educated guess. That guess could, of course, be completely wrong.

The Gaspars did, however, feel strongly enough about what they had witnessed, to go to the extent of making a statement to Leicestershire Police. A statement which could have, potentially, have had a massive impact on the Portuguese investigations as to what really happened to Madeleine.

We must ask why, then, both statements were withheld by Leicestershire Constabulary until such time as Goncalo Amaral, Policia Judiciaria Co-ordinator for the Madeleine McCann case, was removed from the investigation. The reason for this was given as "inappropriate criticism of the English Police who were ostensibly assisting the Policia Judiciaria in the enquiry".

The Gaspar statements may have been something, they may have been nothing; but why did LP feel they had the right to withhold them from the PJ for over six months? 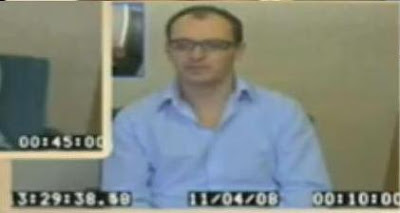 You may wish to consider this in light of the statement by David Payne, who arranged both the earlier holiday in Majorca, and the holiday in Praia da Luz. When asked by a Sol journalist, "Why won't Mrs McCann answer the 48 questions set?" David Payne's astonishing response was,

"Because we have a pact. This is our matter only. It is nobody else's business."

This is the same David Payne that together with his wife Fiona, and the other Tapas friends, refused to return to Portugal for a reconstrcution of the events of 3rd May 2007.

Ask yourself what "pact" could possibly be more important than assisting the search for your supposed friend's "abducted" child.
Posted by Let Amaral Speak! at 11:33